Silverstone National My first trip to this circuit and it wasnt without its challenges. Headed out for qualifying and got a horrible misfire. Thought Id sorted it but no. Only 1 lap done. It turned out to be a slightly incompatible rotor arm that appeared to fit only to move when the engine was running at speed. Friend, Bill Earlam, lent me the arm from his road car and fellow racer, Roz Shaw, lent me a dizzy cap. The next problem was not having done 3 laps before the race. A trip to the clerk of the course and I was allowed to do one lap with the course car at the end of the race before and one lap as the green flag lap of my race. Race 1 went well and I made my way up to second behind Roz Shaws GTAm. Race 2, I got into the lead early on. Roz then hunted me down whilst my 7 tyres started to cry enough on her 9 tyres. Fun, friendly, races and two 2nd places 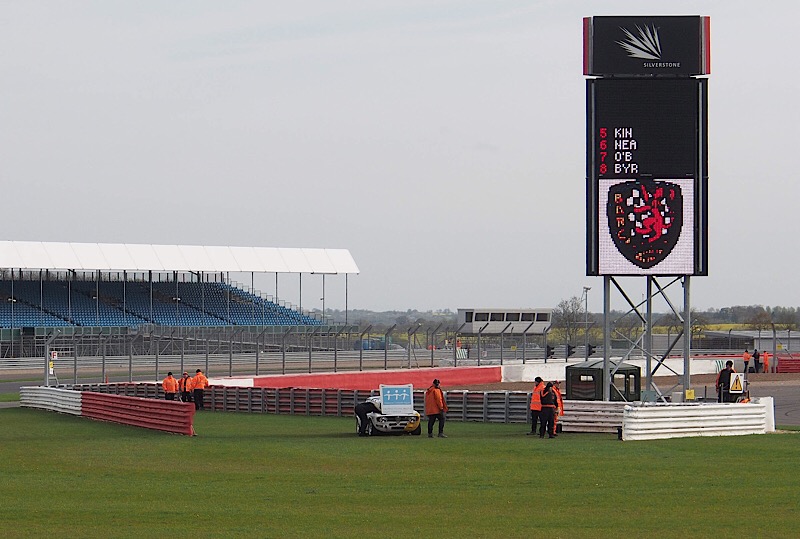 Trying to qualify at Silverstone


Brands Hatch Indy At Brands, our race was combined with another series. I put my car on Alfa pole for race one. That was where the positive bits stopped. Vibration of the clutch slave cylinder meant that the hydraulic hose twisted meaning that the clutch would disengage but be really slow to re-engage. I tried lapping in just one gear (4th) but it was horrible. I DNFd both races.

Mallory Park Spent both races chasing Roz around behind a yellow, twinspark powered, Giulia in the hands of a very experienced racer. Two 3rd-place podiums and fastest lap 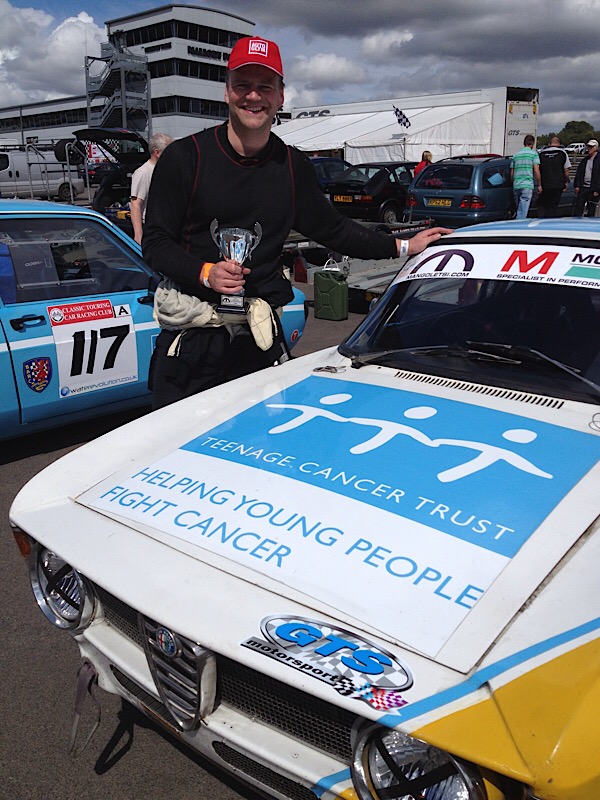