As ever the 2010 season has rather crept up on me and mugged me. With seemingly so much time available, it all ended up being a bit of a rush (in fact, a panic would be more accurate). Jobs over the winter included pulling out the engine and gearbox to give them both a once-over. The clutch seems to be wearing OK and looks to have another season left in it. Whilst the engine was out, I seam welded much of the chassis to give me much-needed added stiffness. In the run up to the start of the season I also fitted the Alfaholics front geometry kit, including shorter steering arms.


The first nasty surprise was at the local tyre centre whilst having the tracking checked. On the hoist I was peering around under the car when I noticed that one of the rear suspension mounts had cracked. Fortunately no harm done and it's now fully welded and reinforced.


The next pre-season job was to get the car onto the rolling road. I dragged it across to Rickie Gauld about 2 hours away at Huntly. The initial power run gave a figure of 145bhp at the wheels which Rickie estimated was about 175bhp at the fly (pretty close to the 172bhp we got on the engine dyno). Next was to try to squeeze a bit more power out. Rickie seemed to think that fuelling was spot-on so we tried stealing a bit more advance. It was quite clear that the engine was having none of it. After that we tried replacing the 123 dizzy (running the 006 curve) with a Bob Dove sourced race-spec Bosch unit. Things looked optimistic with seemingly more power generated at 5000 rpm but this was at the price of detonation at 3500-4000rpm. We decided to go back to the 123 and were just doing a final power run when the head gasket let go! 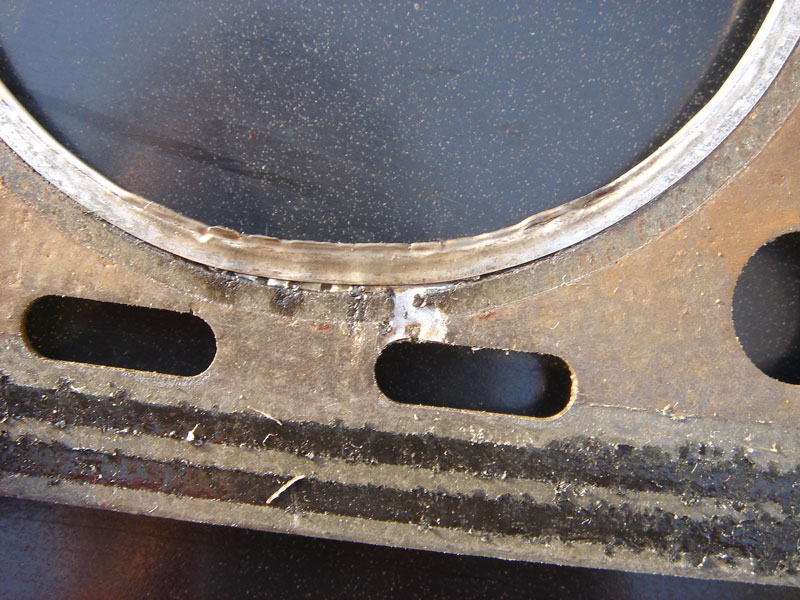 The fire ring damage on the gasket


Somewhat depressed because it was Thursday night and on Friday I had an AROC track evening followed by a race weekend, I dragged the car home and started the rebuild. An early start meant that it was running again by 9:30am. Then I noticed that the radiator had sprung a leak! Radweld (plus regular top-ups) got me through the track evening and, on Saturday morning, a shiny aluminium rad turned up at the hotel from Alfaholics. This really did the trick and reduced running temps considerably

First meeting 18 April 09An absolutely shocking day greeted us for the first outing. Pouring rain, interspersed with sleet and snow, made for an exciting qualifying session as did the 26+ cars entered. I ended up 10th on the grid. The weather hadn't improved for race one and it was all a bit exciting. I'm learning that the heavy forward bias of weight on my car makes for good braking in slippery conditions but poor traction, especially out of the hairpin. I've even tried moving my seat back a bit to improve things. There was loads of overtaking (both doing and done to) and it was actually quite a bit of fun once I worked out what grip I had. I finished 9th - third in class behind the amazing Lotus Europa and one of the Escorts. Race two was a drying track which is always interesting. I had a couple of moments when I locked up into the hairpin but was getting quicker and quicker as the race progressed. It was also our first race with a safety car which was a bit of a fiasco. Still, another 9th and 3rd in class this time behind the Lotus and a different Escort.


So, the car's feeling pretty good and hopefully the worst of the issues are dealt with for now. The car's grounding a bit so I need to fix that but in general the geo kit seems to be working and making the car easier to drive. Lots of positive comments after (dry) Saturday testing about how it was looking through the hairpin. I was able to put on a gentle, controllable drift and the speed up the subsequent straight seemed to be better judging by the shift point coming earlier. Only 3 weeks until the next meeting - hoping the rain stays off.