Minor disaster struck at North Weald during the SELOC sprint. The trottle jammed whilst at full tilt across the airfield. The pedal got stuck beside the pedal stop and, by the time I'd sorted it, the damage to the engine was done. A frustrating trip back to Jamie Porter's and initially it looked as though I'd escaped with only valve damage. My first run out in it though showed that there was more to it and, sure enough, there was some main bearing damage (as demonstrated by the particles in the sump) blowing my chances of a run at Brands. Jamie also suspects and broken piston ring or two (lots of smoke and oil from the crankcase breather). Needless to say, I'm fitting a rev limiter (stable doors & bolting horses) - an Omex unit incorporating a shift light. Jamie's also suggesting mild high-compression pistons... Final setting up after the top-end rebuild Bu**er - my car alongside Chris Clarke's sick GT at Jamie's

I've realised that my car also understeers a little in fast corners. It also seems to sit rather high on the H-B springs. This could well be because it's 20% lighter (at 825-ish kg) than the standard car that the H-B set-up was designed for. The suspension is therefore going to get a reworking with the Alfaholics 2.1/4" front spring conversion something I'm seriously considering. This should make set-up simpler with spring changes at the front a possibility. I might go for a slightly more pliant front anti-roll bar. The whole lot will be matched by lower rear springs so that the car sit altogether lower

October 05 I've now got the car with it's new high(ish) compression pistons, valve springs, main bearings (lack of oil), new oil pump (broken drive shaft - cause of the lack of oil) and with the rev limiter fitted. It's been fairly eventful. Firstly, during shakedown, the prop lost all it's bolts in the centre flanges, stranding me in the middle of Bury St Edmunds. Jamie came out and rescued me. Secondly, I had a great day at Donington trying out the extra power & revs - so much so that I completely wiped out my brake pads and came home (again) on the back of a breakdown truck. The car is now up with me in a lovely big garage in Scotland where we've moved to and is ready for the new front sprints and a few other winter upgrades. 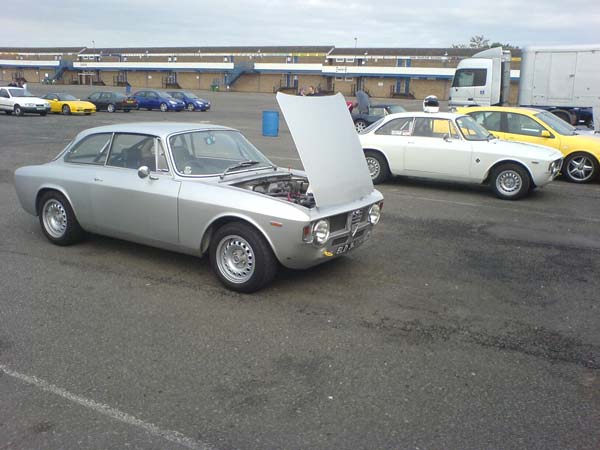 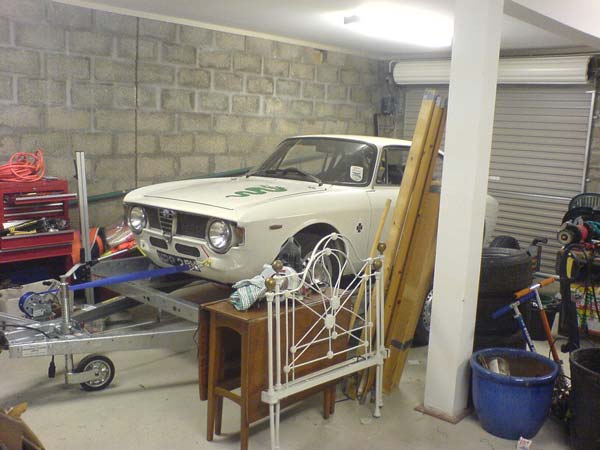 November 05 I've started to tackle the front suspension. This was in an effort to reduce the understeer I get by fitting the Alfaholics small springs. This turned out to be a job that was way overdue judging by the state of the lower bushes which were all totally shot. 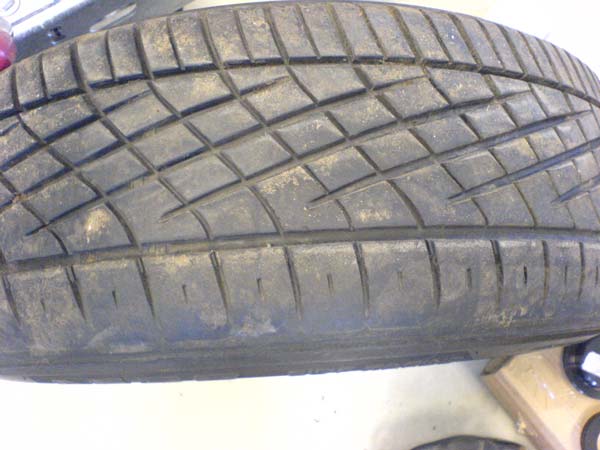 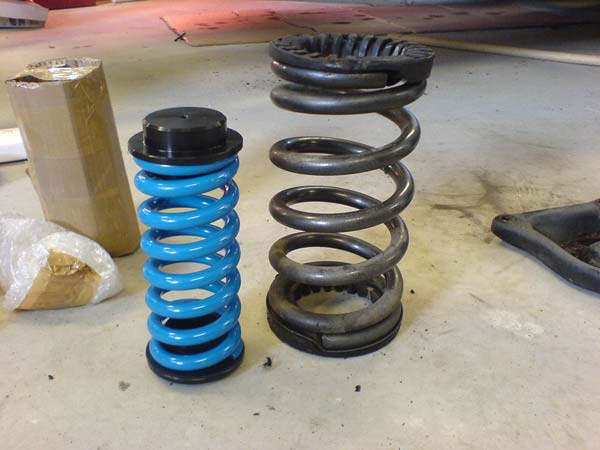 comparison of the Harvey-Bailey (Eibach) front springs and the Alfaholics 2.1/4" version 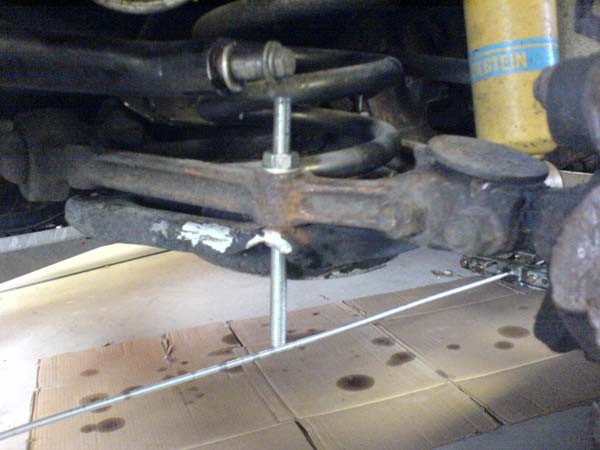 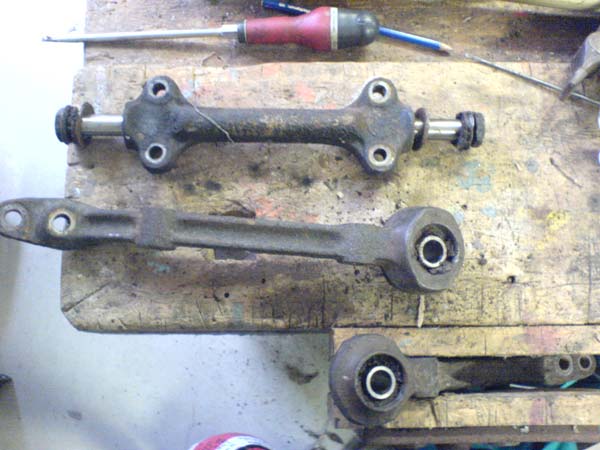 The inner bushes were totally shot 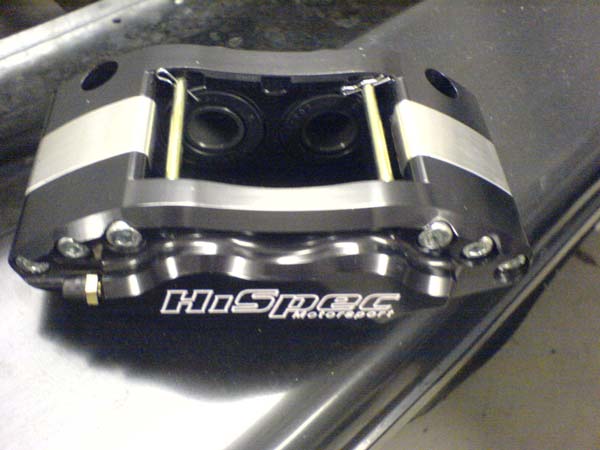 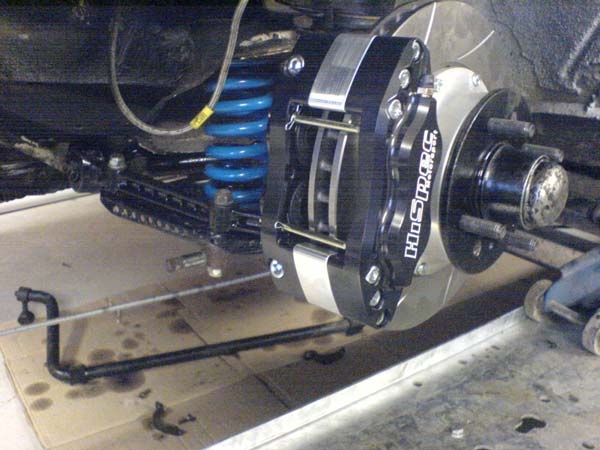 March 05 After a long winter of fitting bits, I finally received the droplinks from Alfaholics which allowed me to put it all together. The MOT was pretty straighforward (except trying to find the correct car on the new MOT computer). The roads were pretty greasy when I finally headed out but everything feels really good. Next stop is getting the front geometry done. Lots of differing advice ranging from 0.75-1.5deg of negative camber, 1.0-3.0deg of caster, and 3mm & 16' of toe-in. Who knows? 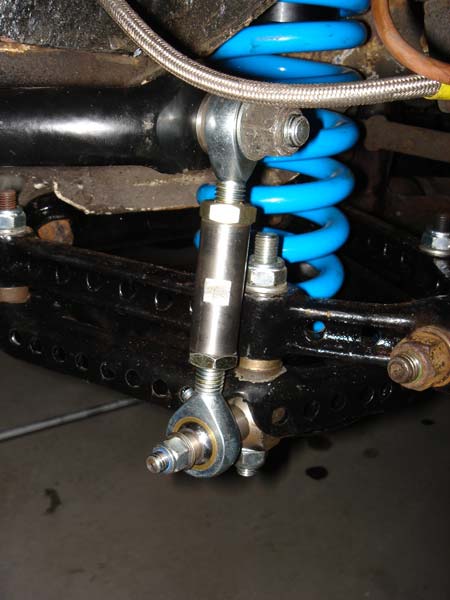 Alfaholics rose-jointed droplink combined with an S4 ARB. Allows adjustment of the ARB to remove tension 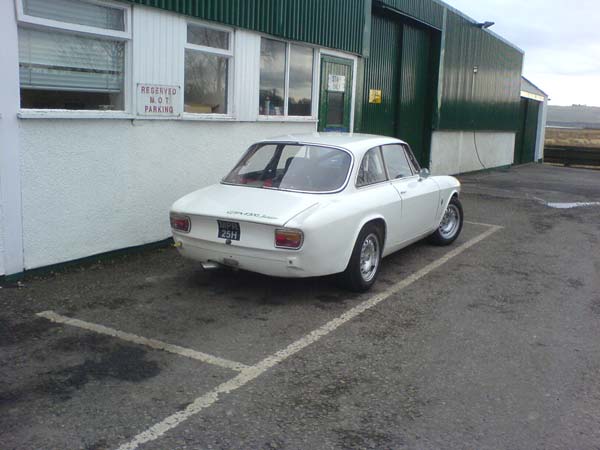 Sailed through this year's MOT. The brakes are awesome and I'd forgotten just how much fun this car is to drive