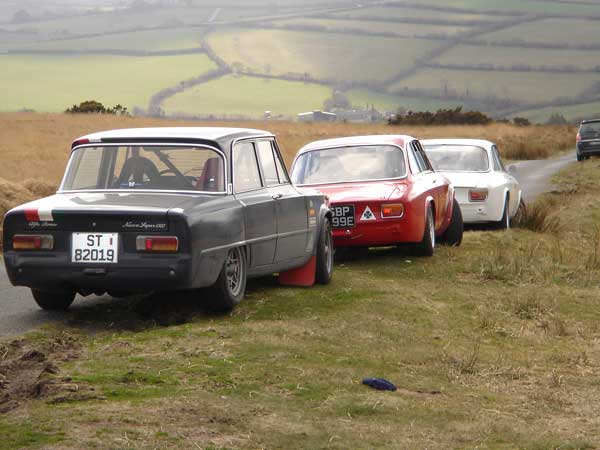 In the final session (I know, I know...) of the 2006 Alfaholics trackday, after having had a superb time where the car proved to do everything and more that I'd hoped, I took the instructor's "Fast line" into Quarry. At around 110mph, I hit the brakes too early and before the car had settled from the Rise and was a passenger all the way to the tyre wall. Fortunately we went in backwards and the damage was limited to the rear end. The impact felt very soft. I felt incredibly stupid as much because I'd ruined everyone's last session. Fortunately I'd brought the trailer and the car was carted home 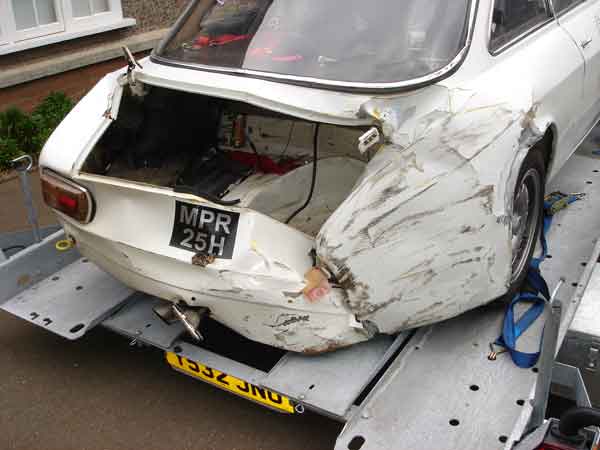 The extent of the damage 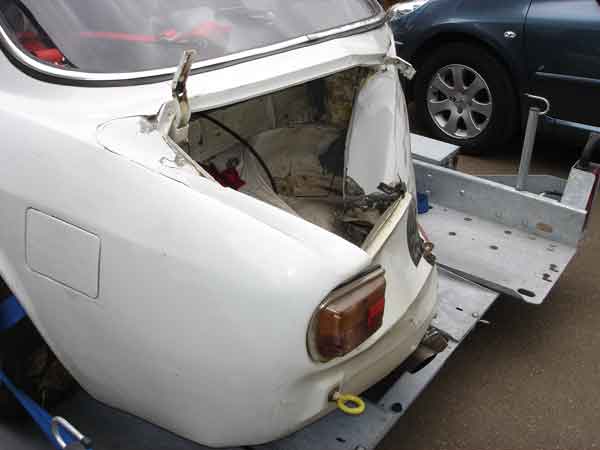 Fortunately, there isn't much to a GT here and I'd avoided damaging the fuel tank (imagine the scene with the car hitting the other corner...). With some luck, this should be just a rebuild of panels. I've certainly decided that steel rather than GRP is the way to go. Finding a boot floor might be tough but most of the other panels are available new and renewing the outside of the car had always been the plan. 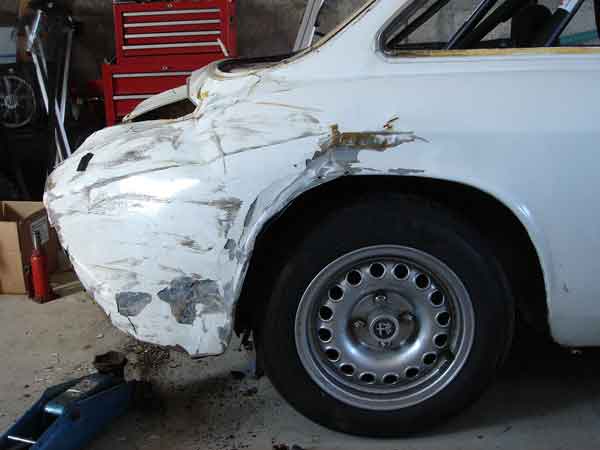 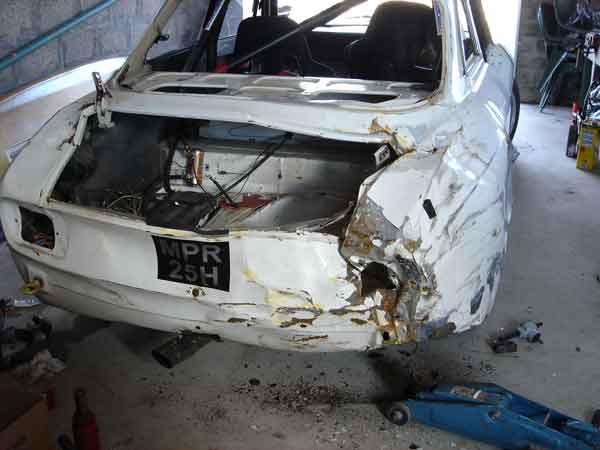 As straight as possible 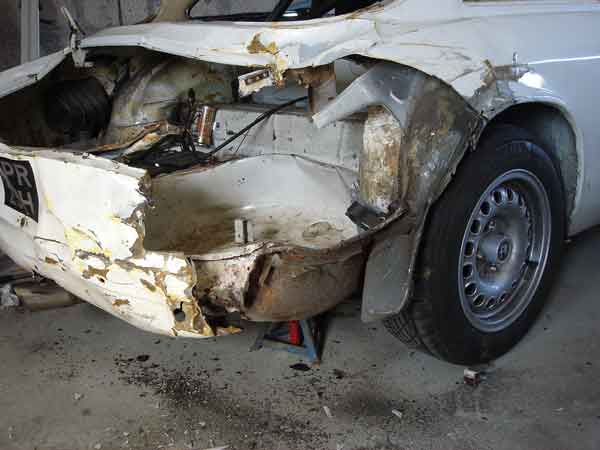 With part of the wing cut away 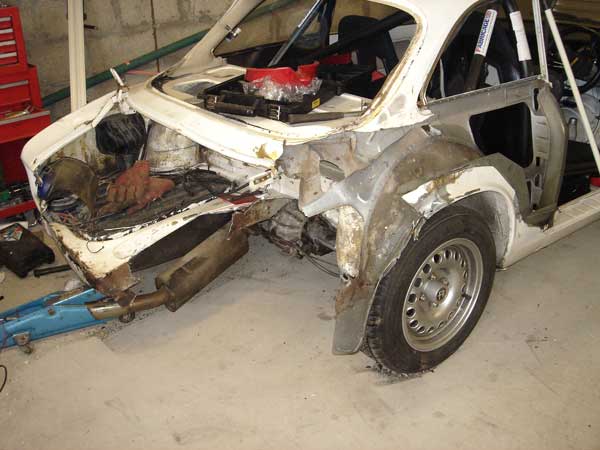 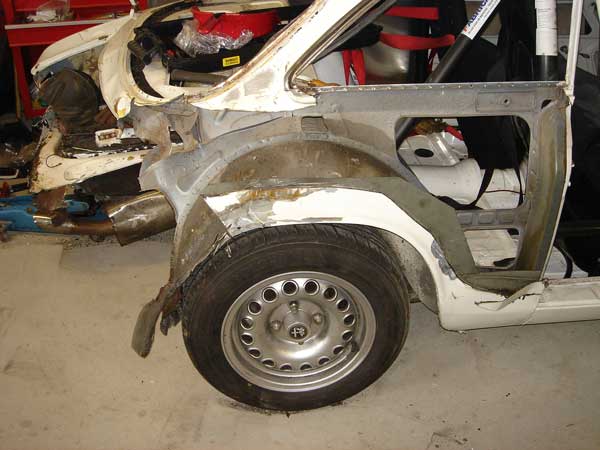 The inner panels are remarkably rot-free 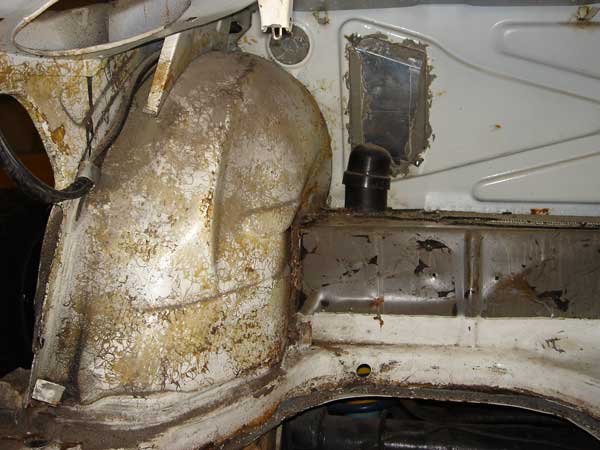 The inner wing is creased and took quite some time to figure out what had happened here. Basically the back bent down in the impact, creasing the wing. The inner wing from the donor will be used 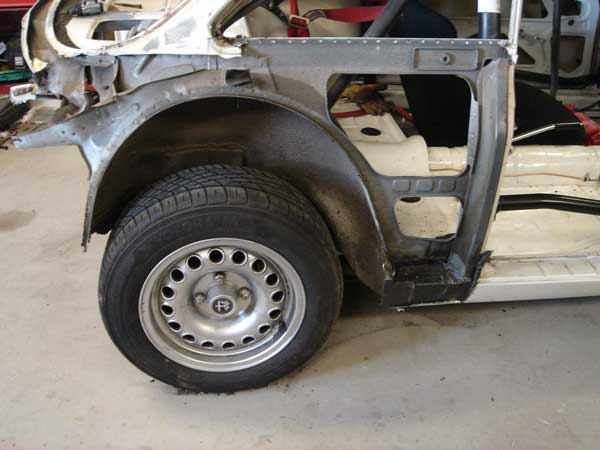 Clearly the rear of the arch is bent 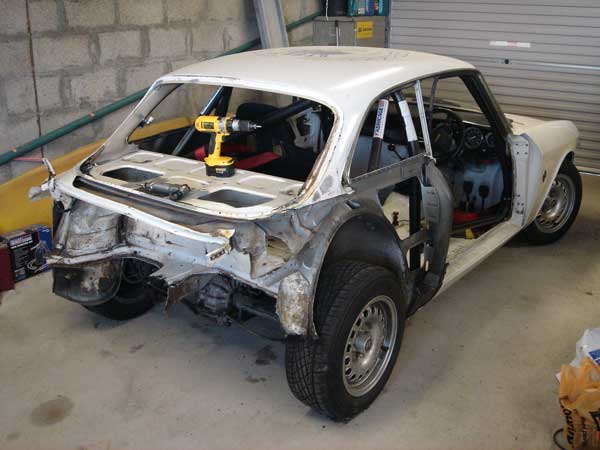 With most of the rear chopped away. This will be finished off once it's clear what's needed from the donor 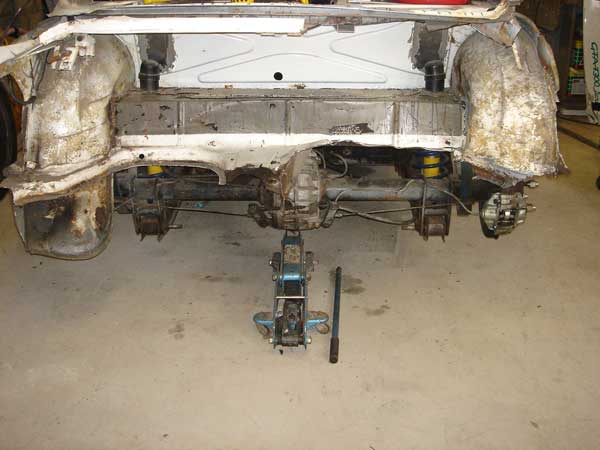 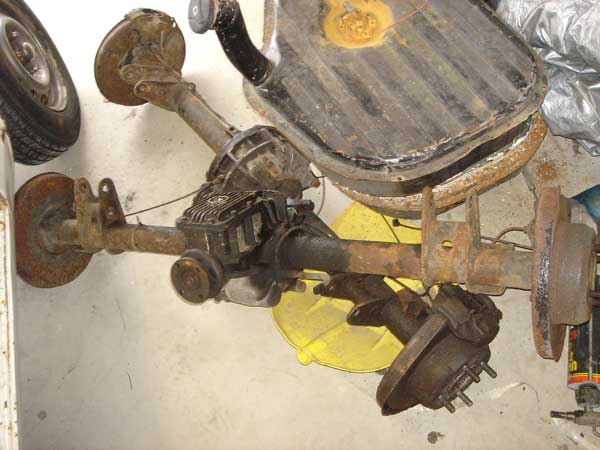 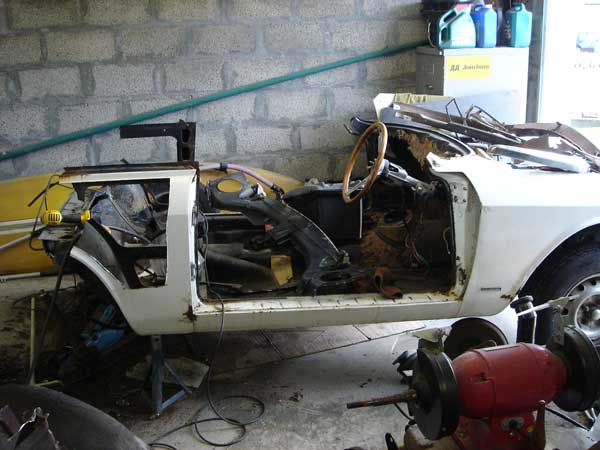 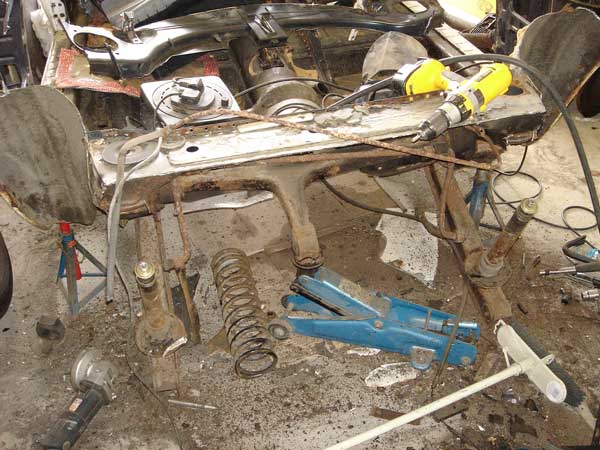 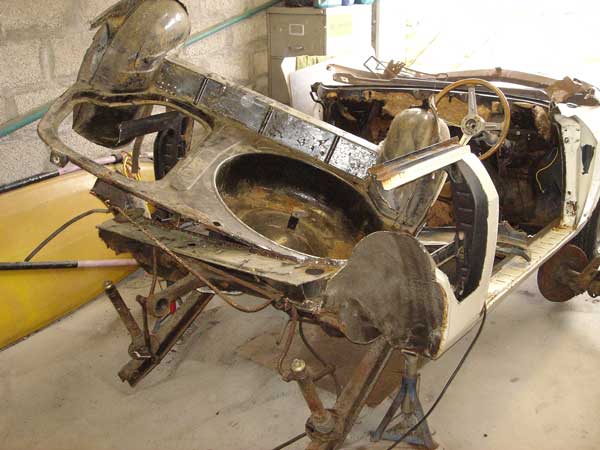 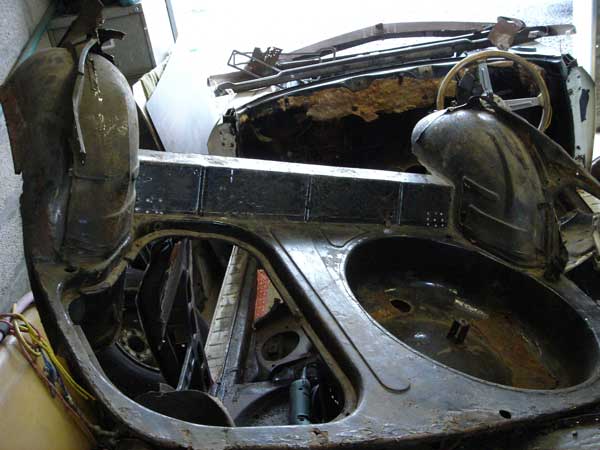 Very luck with the state of the floor 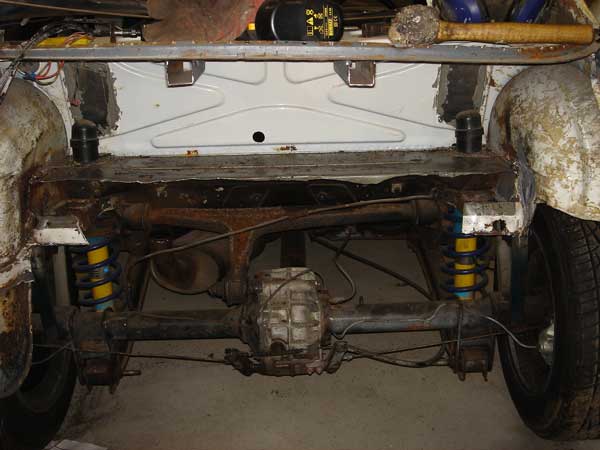 Removing more of the floor - the chassis rails are undamaged 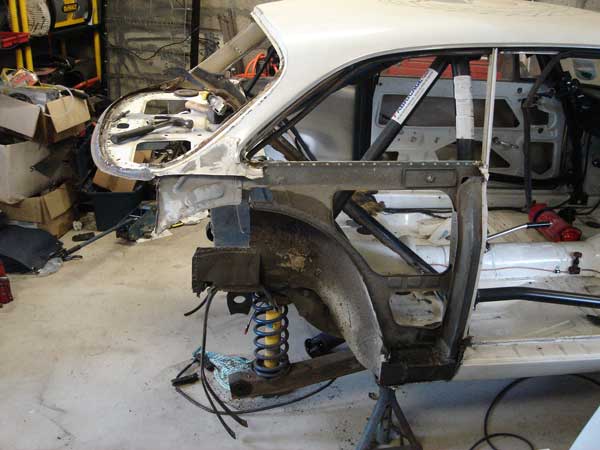 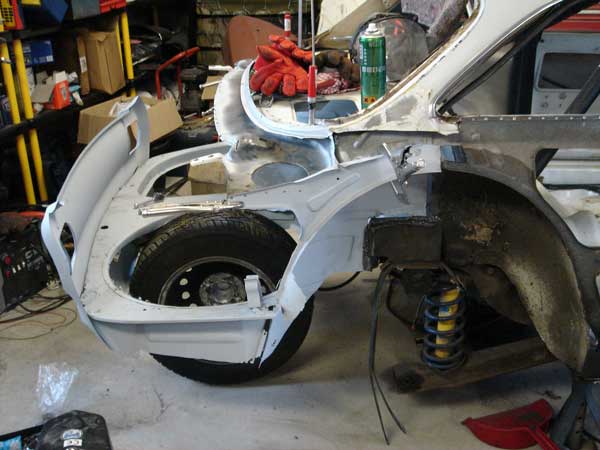 Floor and rear panel back from Brae Classics being blast cleaned. Trimmed and tried in place - all seems fine. Will wait to get wings, arches and under-window panel before I weld anything in place. 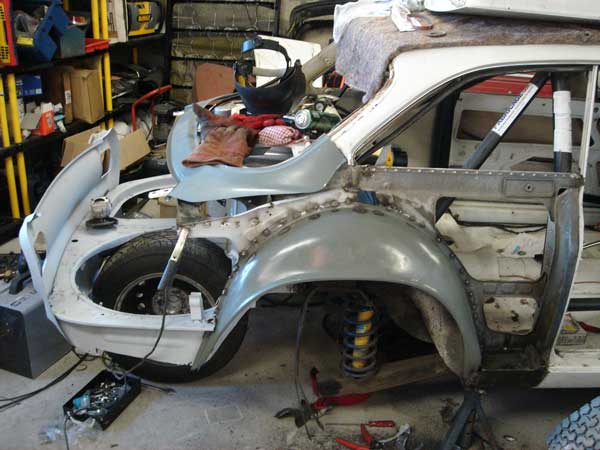 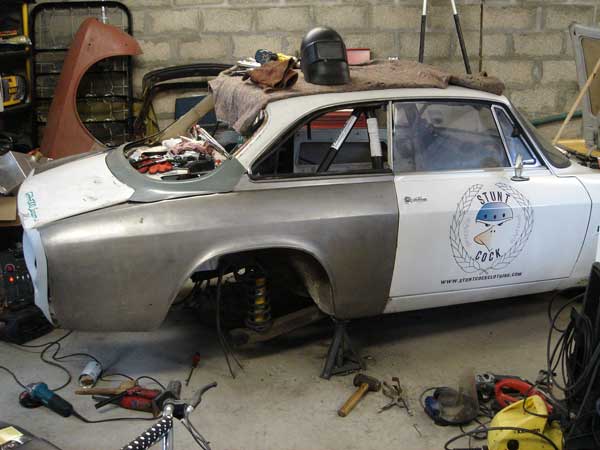 With both wings tacked in place. Next step to tack the under-window panel then rear panel in place before welding everything finally 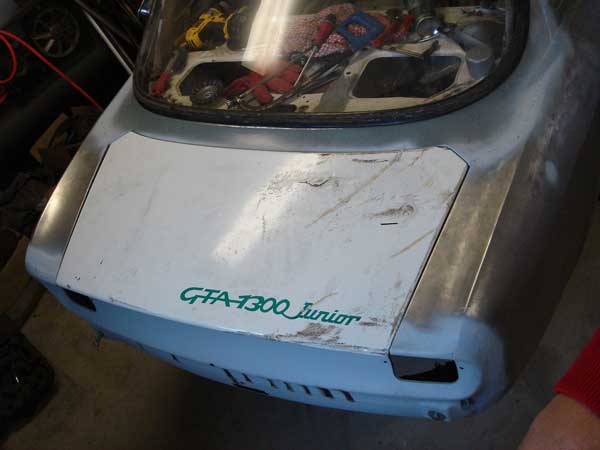 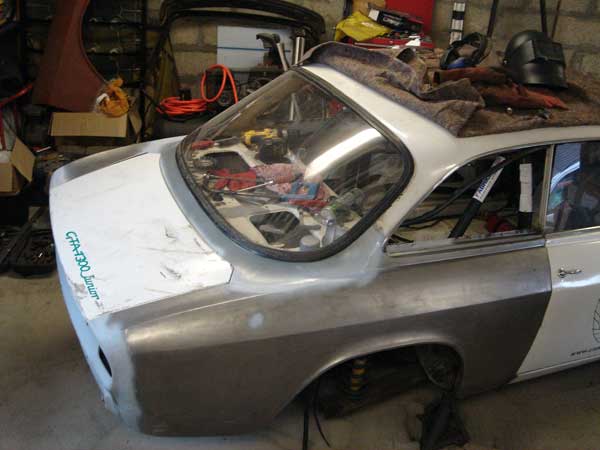 Everything fully welded into place and lining up pretty well 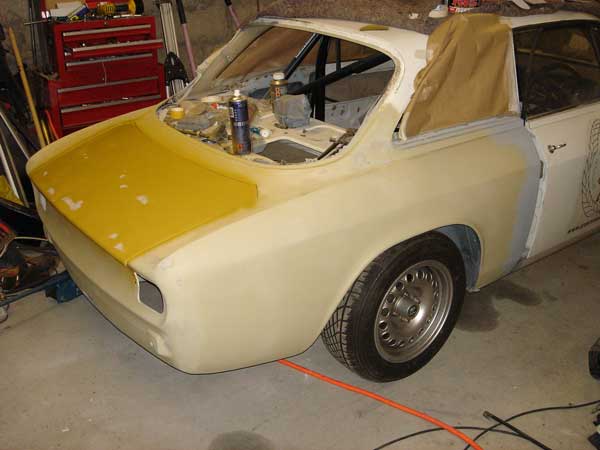 Primed and the final scratches and marks being filled - paint next 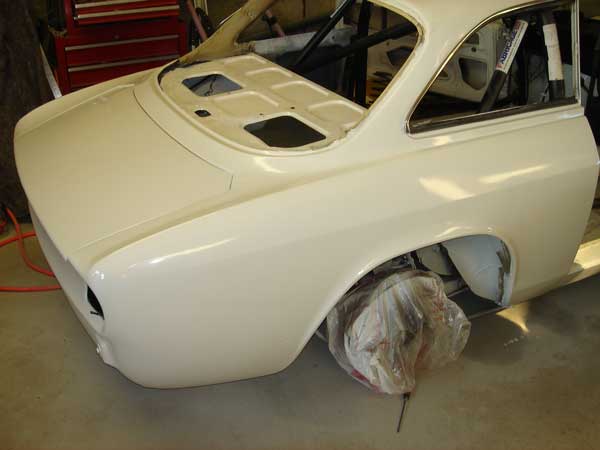 Painted and ready for reassembly 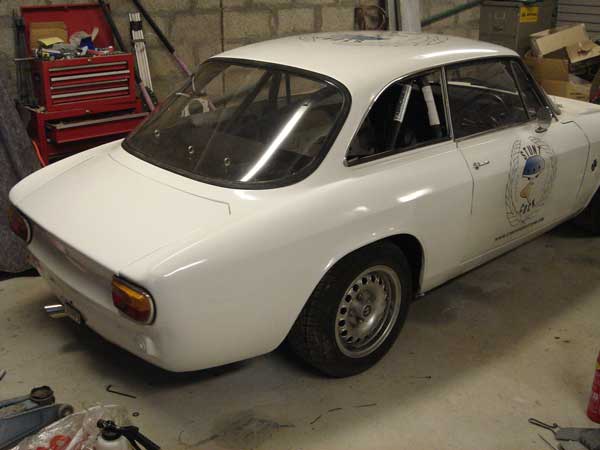